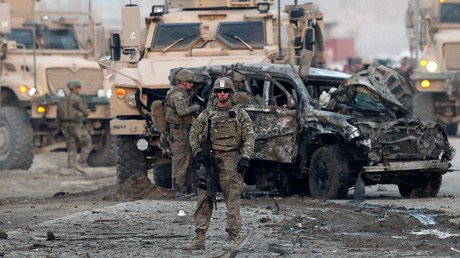 An Afghan official says a suicide bomber targeted a checkpoint run by rival insurgents in the southern Helmand province, killing nine of them.

Mohammad Saleem Rohdi, chief of the Gareshk district, says six other militants from a breakaway Taliban faction were wounded in the attack early Wednesday.

Taliban spokesmen could not immediately be reached for comment.

Rival Taliban factions have clashed in the past, with the supporters of Mullah Rasoul, a commander in Helmand, contesting the overall leadership of Mullah Haibatullah Akhundzada.