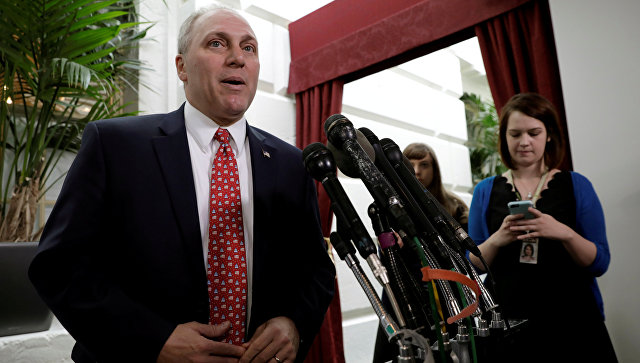 Republican Steve Scalise of Louisiana, the House majority whip, was shot Wednesday as he stood near second base on a baseball practice field, Rep. Mo Brooks (R., Ala) told CNN.

The Alexandria, Va., police department said on Twitter they had a suspect in custody and would soon update the news media

Mr. Brooks told CNN he thought at least five people, including congressional staff and law enforcement officers, were shot during an early morning practice for the annual congressional baseball game in the Washington suburb of Alexandria, Va.

He said the workout had been under way when he heard a bang and saw a shooter with a rifle near the third base dugout. He heard another bang and heard Mr. Scalise scream, he told CNN, who added there was a heavy police presence.