Erdogan calls on US, Saudi Arabia to join Astana talks 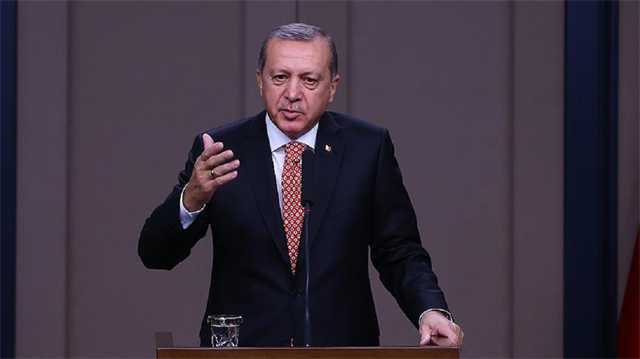 Turkish President Recep Tayyip Erdogan has called on the United States and Saudi Arabia to join the Astana talks aimed at resolving the Syrian crisis.

"We have been cooperating with Russia and Iran in the Astana negotiating process, we call on Saudi Arabia and the United States to join the talks," Erdogan said.
The Turkish president also pointed out that "it is impossible to resolve the crises in Syria and Iraq without Iran’s mediation." Erdogan noted that Tehran supported Syrian President Bashar al-Assad, while Ankara supported the Syrian opposition.

In late 2016, Russia, Iran and Turkey brokered a ceasefire in Syria using political and military means. In January 2017, Russian initiated the first meeting between representatives of the Syrian authorities and opposition members, which took place in Kazakhstan’s capital of Astana. After that, Astana hosted intra-Syrian talks in February, March and May.

On May 4, the guarantor countries (Russia, Iran and Turkey) signed a memorandum on setting up de-escalation zones in Syria.