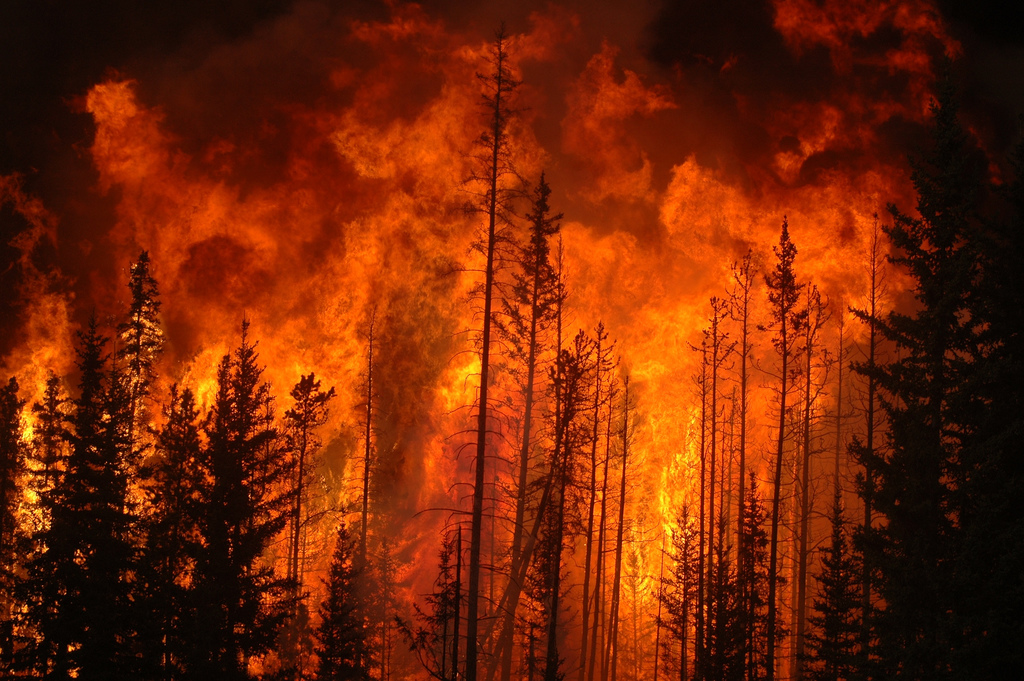 Portugal government has declared three days of national mourning, as death toll in one of the country’s worst forest fires in decades climbed to 62.

Axar.az reports citing Aljazeera.
The fire, which began on Saturday, is the worst the country has seen in decades and injured at least 50 others, an official update by the government said.
Jorge Gomes, Portugal's secretary of state for the internal affairs, said on Sunday that most of the people burned to death in their cars when they found themselves trapped by flames on the road between the cities of Figueiro dos Vinhos and Castanheira de Pera.
"The fire is still raging on four fronts," he said, of which two were spreading "violently".
About 1,700 firefighters and 160 vehicles were dispatched late on Saturday to tackle about 60 forest fires, which started in the afternoon in the municipality of Pedrogao Grande before spreading fast across several fronts.
Firefighting planes
The European Union (EU) said it would provide firefighting planes following a request from Lisbon.
"France has offered three planes through the EU Civil Protection Mechanism and they will be quickly sent to assist the local emergency efforts," said Christos Stylianides, EU commissioner for humanitarian aid and crisis management.
Dry thunderstorms could have been the cause of the fatal blaze, Antonio Costa, Portugal's prime minister, said.
Portugal has been coping with a severe heatwave, with temperatures exceeding 40C in several regions.
"Unfortunately this seems to be the greatest tragedy we have seen in recent years in terms of forest fires," said Costa.
"The number of fatalities could still rise," he said at the Civil Protection headquarters near Lisbon.
"The priority now is to save those people who could still be in danger."
Water-bombing planes
Spain dispatched two water-bombing planes on Sunday morning to aid the Portuguese fire service on the ground, Costa said.
Portuguese President Marcelo Rebelo went to the Leiria region to meet families of the victims, "sharing their pain in the name of all the Portuguese people", he said.
Dozens of people who fled their homes were taken in by residents of the nearby municipality of Ansiao.