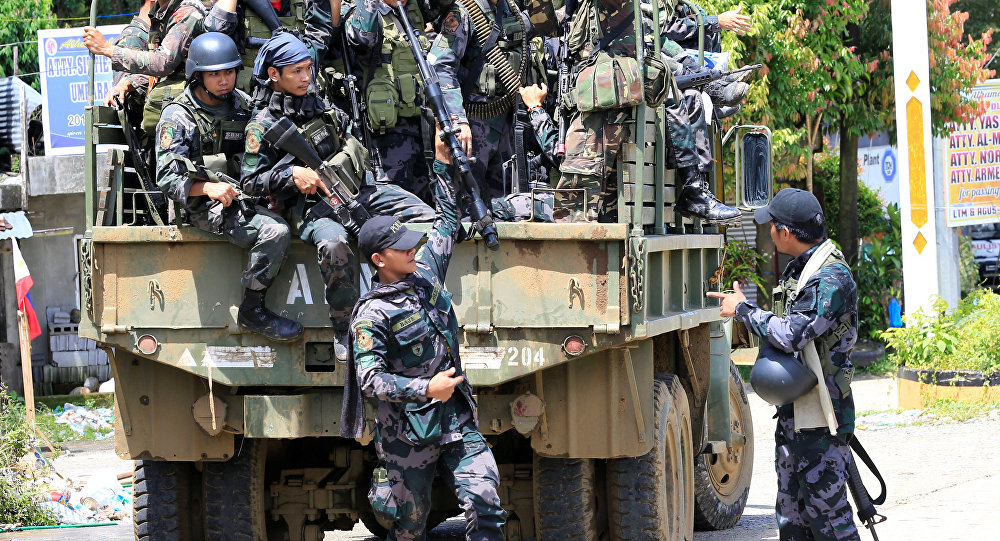 The Philippine southern island of Mindanao is regularly subjected to attacks by terrorist groups, in particular, Maute, the BIFF and Abu Sayyaf militant groups, linked with IS terror group, banned in Russia.

Clashes between Islamists and the Philippine military forced prompted President Rodrigo Duterte to declare martial law in the entire island in May.