Syria 'the main supporter of resistance in Lebanon 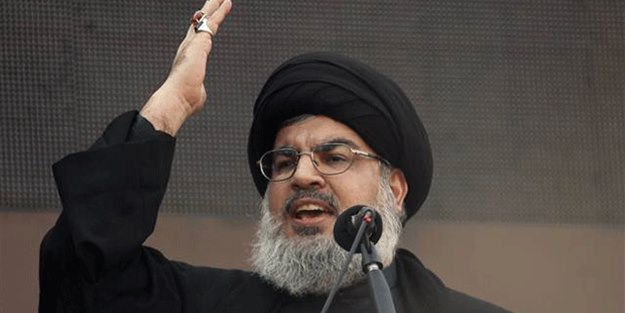 Hezbollah Secretary General Sayyed Hasan Nasrallah said that Syria is a main supporter of resistance movements in Lebanon and Palestine.

Axar.az reports, in a speech on Friday on occasion of Quds International Day, Nasrallah said that Syria is a major obstacle preventing any Arab settlement with Israel at the expense of Arab and Palestinian interests, asserting that the US, the Al Saud regime, and others brought ISIL and Jabhat al-Nusra to destroy Syria and its army with the aim of handing it over afterwards to fragile leaderships similar to the submissive and weak “moderate Arabs” as they call them.

Nasrallah asserted that ISIL was created by the US, funded by the Saudis and the Arab Gulf, and given facilitations by Turkey, noting that one of the main goals of the events taking place in Syria, Iraq, Yemen, Libya, and elsewhere in the region is to set the stage for a settlement that benefits the Israeli enemy at the expense of the Palestinian people.