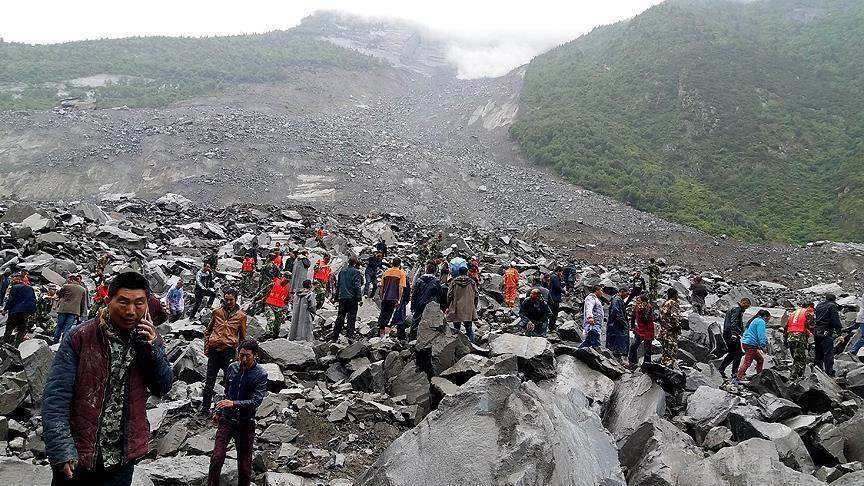 Fifteen victims have been confirmed dead after a landslide hit the southwestern Sichuan province early Saturday.

The search and rescue operation that began overnight, continues with sniff dogs but there has yet be signs of life under the debris.

Xu Zhiwen, executive deputy governor of the Tibetan and Qiang Autonomous Prefecture of Aba where the landslide stuck, was quoted by Xinhua as saying the identities of 118 missing people would soon be made public on the government's website.

The landslide blocked a 2 kilometer (1 mile) stretch of river and “smashed at least 40 houses” in the surrounding area.

More than 300 rescue workers and security teams are involved in search and rescue operations.

Deadly landslides are a common hazard in mountainous area of China, particularly when triggered by heavy rains.