Alabama US army base on lockdown after active shooting 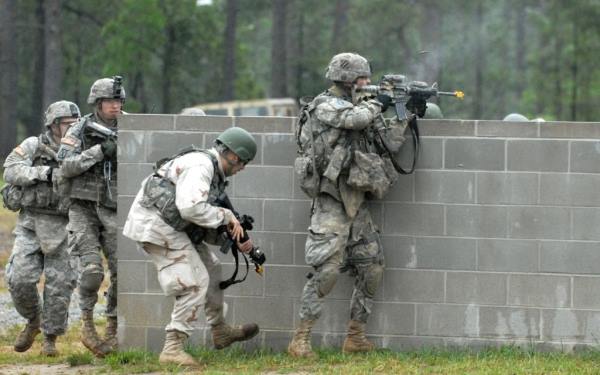 A potential active shooter has been reported at the Redstone Arsenal Army post outside of Huntsville, Alabama.

The area has been put on lock down, and people have been instructed to run, hide, and fight, should the need arise. Officials weren't immediately clear what had sparked the lock down. Redstone spokesperson Christopher Colster said that the lock down was not a drill, and that there weren't any injuries immediately reported. A lock down drill had been scheduled for Wednesday.

The facility has more than 40,000 employees, and the Redstone grounds cover around 30,000 acres. There are less than 1,500 uniformed employees at the facility. All of the gates were reportedly closed off during the lock down. The Department of Homeland Security, the FBI, and local agencies were reportedly responding to the events, and were present at the site.

The incident was reported to be around the facility's Sparkman Centre, which is the headquarters for the Aviation and Missile Command there. Childcare facilities at Redstone had performed safety checks and indicated that all children were safe and accounted for on the grounds.

Several politicians noted that they had been briefed on the situation, and were monitoring it for future updates. That includes Alabama Governor Kay Ivey, who said she would continue to monitor the situation and pray for a peaceful, and quick, resolution. US Representative Robert Aderholt also indicated that he and his staff were watching the situation.