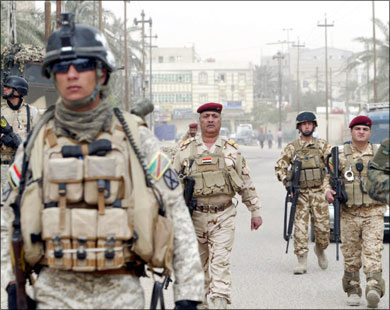 The Iraqi army has retaken several more villages from ISIS terrorists outside the town of Tal Afar west of Mosul, according to an Iraqi military source.

"The operation is aimed at stepping up pressure on armed militants in Tal Afar and limiting their movement outside it in advance of a fresh push on the town center," Hassan said.

ISIS captured the predominantly Turkmen town of Tal Afar in mid-2014, forcing thousands of local residents to flee their homes.

The Iraqi military remains engaged in a wide-ranging campaign launched last October in coordination with a U.S.-led air coalition to recapture the entire city of Mosul, ISIS’s last remaining stronghold in northern Iraq.