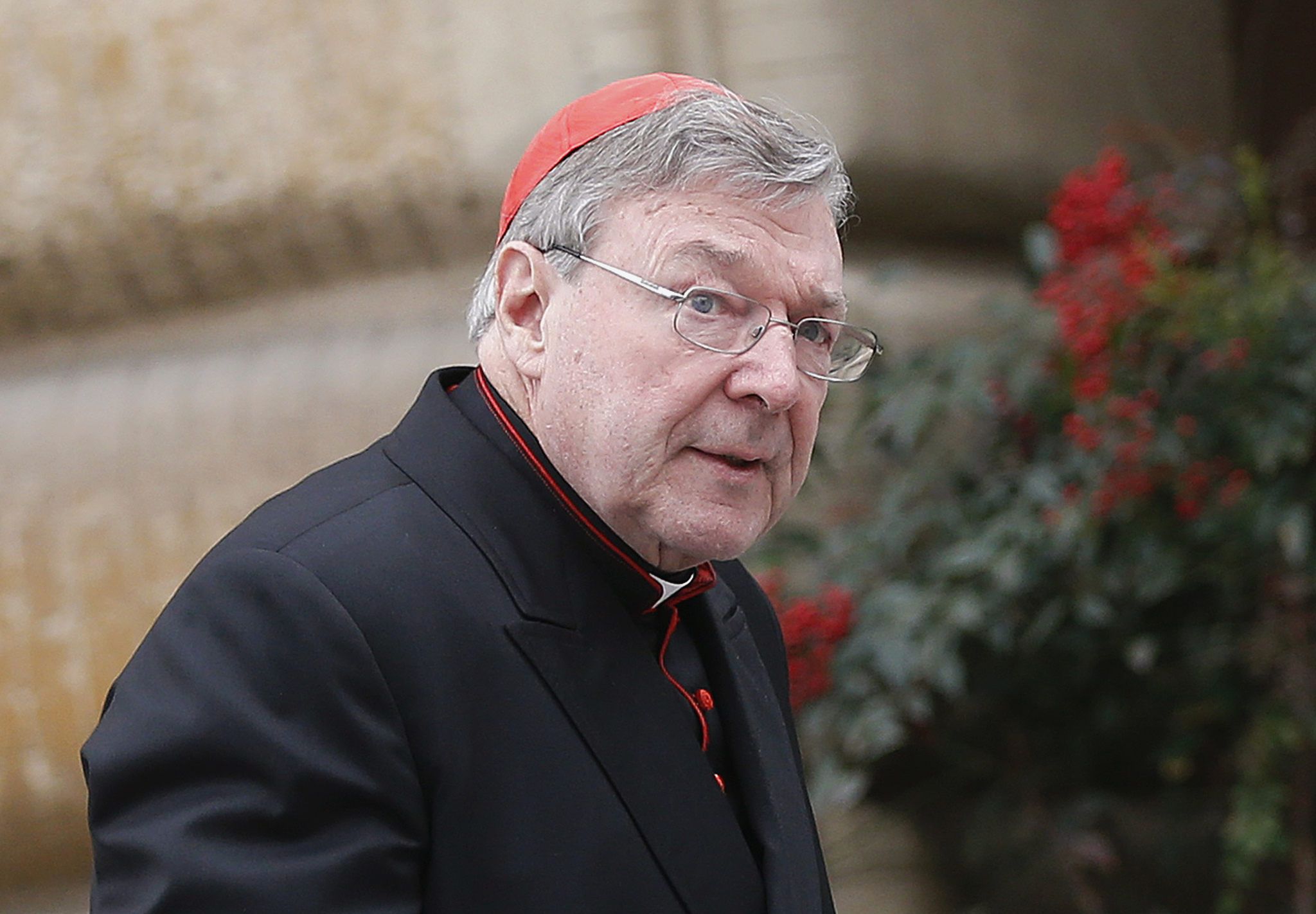 The Vatican treasurer and Australia's most senior Catholic figure Cardinal George Pell has been charged with sex offences in Australia.

The charges relate to alleged "historical" incidents, police in the state of Victoria said.

The allegations were made by more than one person, said Police Deputy Commissioner Shane Patton.

Cardinal Pell, who is based in the Vatican, has vehemently denied the accusations.

As Vatican treasurer, Cardinal Pell is considered the third-ranking official in the Catholic Church.

"Cardinal Pell will return to Australia, as soon as possible, to clear his name following advice and approval by his doctors who will also advise on his travel arrangements," the Church said in a statement on Thursday.

"He said he is looking forward to his day in court and will defend the charges vigorously."

Cardinal Pell is not just Australia's most senior cleric, he is one of the highest-ranking officials in the Catholic world.

For two decades, he has been a frontline figure in the Church's debate over controversial issues such as homosexuality, Aids and stem cell research.

He has also handled the Church's official response to allegations of sexual abuse within its Australian ranks during a series of inquiries.

When he gave evidence via video link to a Royal Commission into abuse last year, some abuse survivors flew all the way to Rome to watch.

It is hard to overstate, therefore, the significance of the decision to press charges against him.

When he returns to face those charges in an Australian court, every second will be scrutinised not just by the Australian press, but by members of Catholic congregations across the globe.

Victoria Police said they had made the decision to charge Cardinal Pell after receiving advice from prosecutors last month.

"Cardinal Pell is facing multiple charges and there are multiple complainants," Deputy Commissioner Patton said.
Details of the allegations were not revealed.

Deputy Commissioner Patton said police "process and procedures" had been no different from any other investigation.
"Cardinal Pell has been treated the same as anyone else in this investigation," he said.

The charges were served on Cardinal Pell's legal representatives in Melbourne on Thursday.

The cardinal would be required to face the Melbourne Magistrates' Court on 18 July, Deputy Commissioner Patton said.
Cardinal Pell was voluntarily interviewed by Australian detectives in Rome last year.

He will make a statement at the Holy See Press Office at 08:30 Vatican time (06:30 GMT) on Thursday, the Church said.