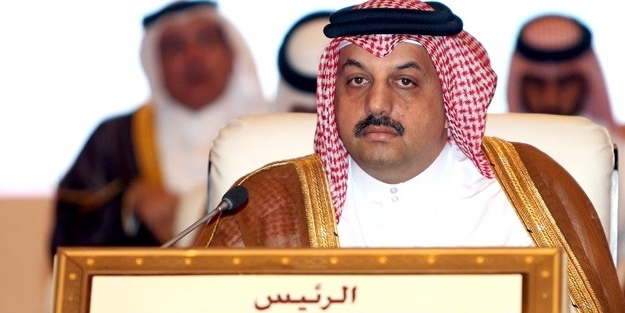 Qatar's Minister of Defence Khaled al Attiyah has described a blockade imposed by several Arab states on his country as a "declaration of war".

"This is a bloodless declaration of war," al Attiyah said in an interview with the London-based Al-Araby Al-Jadeed newspaper published on Friday.

Doha denies the accusations and has rejected a 13-point list of demands it received from the four countries to restore ties.

The list of demands includes ending support for the Muslim Brotherhood, the closure of Al Jazeera television network, a downgrade of diplomatic ties with Iran and the shutdown of a Turkish military base in the emirate.

Qatar on Thursday said the list contained some demands impossible to meet because the underlying accusation was untrue.

Meeting of ministers in Turkey

Al Attiyah arrived in Ankara on Thursday for talks with Turkish officials.

He said his talks with Turkish President Recep Tayyip Erdogan and his Turkish counterpart Fikri Isik on Friday are expected to focus on the issue of the Turkish base in Qatar.

"Qatar and Turkey maintain historic ties and my visit comes in the context of boosting defence cooperation between the two countries," he said.

The Qatari minister also described his country's relations with the US as "strategic".

He went on to dismiss all accusations about Qatar's support for terrorism, describing the claims as aiming to "demonise Qatar".