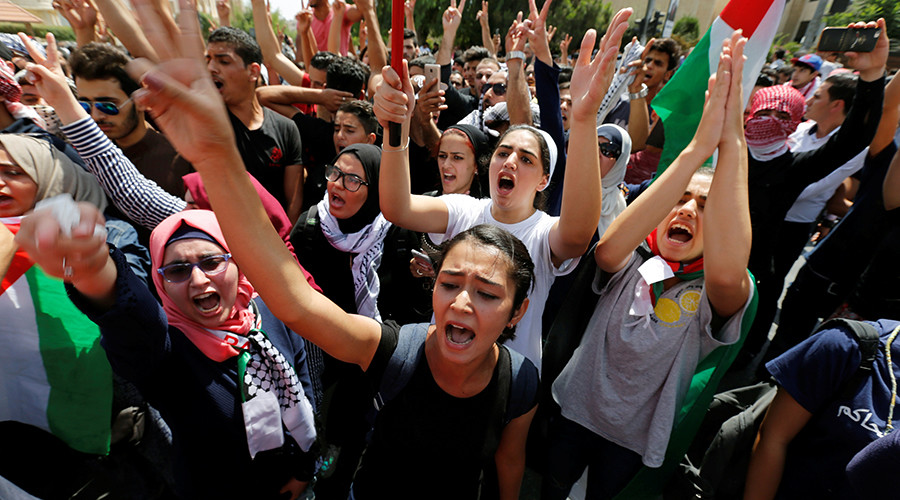 Hundreds of Jordanians staged protests outside the Israeli embassy in Amman, Friday, demanding the dissolution of the Jordanian-Israeli peace treaty among other demands. Their action follows from a week-old shooting incident that left two Jordanians dead.

Axar.az reports citing RT that, the protesters marched from the Kalouti Mosque to the embassy following Friday prayers, the New Arab reports. They called for the termination of the 1994 peace treaty between Israel and Jordan as well as withdrawing from the gas deal the Kingdom struck with Tel Aviv in September 2016.

The demonstrators also demanded the Israeli embassy be shut down. They tried to advance towards the building but were blocked by police, the Times of Israel reports.