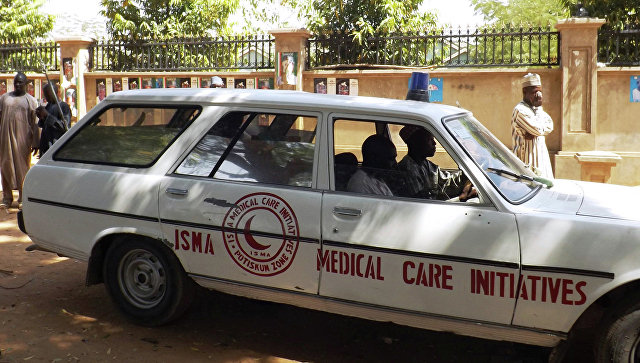 At least eight people were killed and 18 others injured Sunday morning when a gunman attacked a Catholic church in southeast Anambra state, according to police.

Anambra Police Commissioner Garba Umar confirmed the toll in remarks made before the media at the scene of the incident.

Garba linked the attack to a lone gunman who he said spoke local Igbo dialect.

He rejected reports the attack was carried out by Boko Haram militants.

“From our findings, it is very clear that the person who carried the attack must be an indigene of the area,” Garba said.

“We gathered that worshippers for 6 o’clock Sunday mass at St. Philip Ozobulu were in the service when a gunman dressed in black attire, covering his face with a cap, entered the church and moved straight to a particular direction and opened fire.

“The man after shooting at his targeted victims still went on a shooting spree, killing and wounding other worshippers.”

The attack followed disagreements between top indigene of the area, the police official added.

Anambra Governor Willie Obiano visited the attack site and condemned it as “dastardly”.