Civilians attacked military base in Venezuela 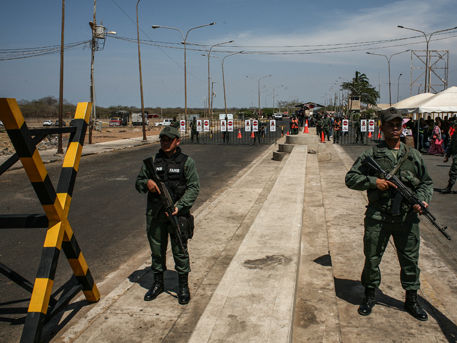 The attack targeting the Paramacay military base in Venezuela was carried out by a group of civilians, the country's Defense Minister Vladimir Padrino Lopez said Sunday.

Earlier in the day, media reported that a group of people wearing military uniform attacked the military base. Vice President of the Venezuelan ruling United Socialist Party Diosdado Cabello said that the attack was of "terrorist" nature.

"This action was carried out by a group of civilian criminals wearing military uniform and by a defect leutenant," Lopez said in the statement.

The Venezuelan official added that part of the group succeeded to steal weapons from the base.

In recent months, the Latin American country has been hit by numerous protests that have already resulted in numerous deaths. The tensions emerged amid the economic crisis and the decision of the Supreme Court to limit functions of the country's parliament controlled by opposition, as well as the election to the Constituent Assembly, a new legislative body with the power to amend the constitution.