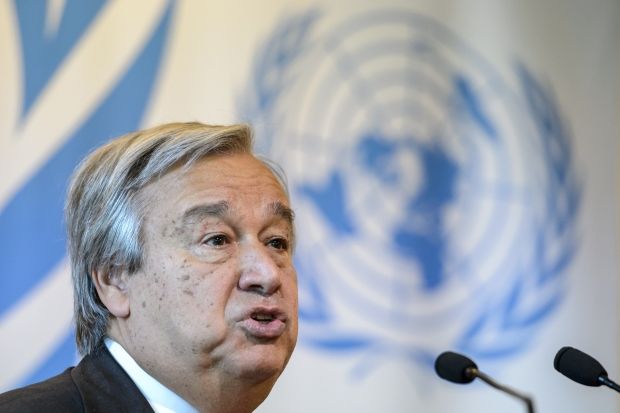 Axar.az reports citing AA that, "The secretary-general is deeply concerned at the reports of civilians being killed during security operations in Myanmar’s Rakhine state," Guterres' office said.

The secretary-general recognized neighboring Bangladesh's help in hosting refugees from Rakhine, calling "for humanitarian agencies to be granted unfettered and free access to affected communities in need of assistance and protection.

"Many of those fleeing are women and children, some of whom are wounded," the statement said. "The United Nations stands ready to provide all necessary support to both Myanmar and Bangladesh in that regard."

The region has seen simmering tensions between its Buddhist and Muslim populations since communal violence broke out in 2012.

A UN report last year said there had been human rights violations against Rohingya by the security forces which included crimes against humanity. The UN considers Rohingya to be the most persecuted minority in the world.

The global body documented mass gang rapes, killings -- including those of infants and young children -- brutal beatings and disappearances. Rohingya representatives have said approximately 400 people were slain during the security crackdown last October.