Senator: Russia should not toughen rules for Ukrainians 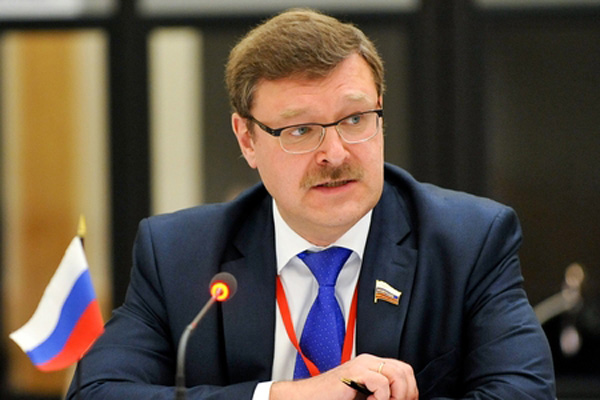 Russia should not respond with mirror-like measures regarding the rules for the Ukrainian citizens’ trips to the Russian territory, senator Konstantin Kosachov, the chairman of the foreign policy committee in the upper house of Russian parliament said on Friday.

He said it in a comment on a decree by Ukrainian President Pyotr Poroshenko on introduction of biometric control for all the foreigners, including Russian citizens, arriving in Ukraine as of January 1, 2018.

"I don’t think we should introduce mirror-like restrictions for ordinary Ukrainians," Kosachov said, adding that the Ukrainian authorities had an itch to add one more point to the extensive list of their current antidemocratic actions.

Kiev is working persistently to create all the imaginable barriers for direct contacts between the Russian and Ukrainian citizens as it realizes only too well that open dialogue between the Ukrainians and Russians will render meaningless the lies about the Russian aggression and everything else that was built on them in recent years.

Kosachov said the list of ‘migration risk countries’, which Poroshenko ordered to place Russia on, gave rise to big questions. He recalled that in 2009 the Ukrainian government endorsed a list of 90 countries, the citizens of which were supposed to confirm their financial status for ensuring their stay in or transit via the country.

The list contained the countries of Africa, Asia, South America, as well as Moldova. Inclusion of the latter country in the list produced a resounding impact on bilateral relations.