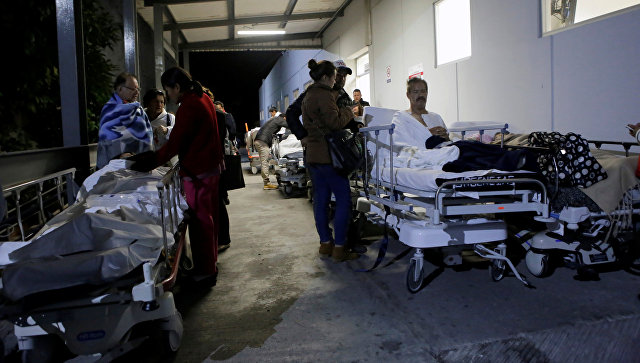 Hazardous tsunami warning has been issued after an 8-magnitude earthquake had hit off Mexican coast.

According to reports, people in Mexico City have ran out in the streets after the quake gave a quick shake to the buildings. There were no immediate reports on any casualties or destruction.

"Based on the preliminary earthquake parameters… widespread hazardous tsunami waves are possible," the statement read.

At least five people have been killed after a magnitude-8.4 earthquake struck Mexico, causing a tsunami and warnings for countries across Central America.

The Governor of the Mexican state of Chiapas announced the first fatalities following the most powerful quake to hit the country since 1985, striking 119km south-southwest of Tres Picos.

The Pacific Tsunami Warning Centre said a tsunami had been triggered by the quake, with warnings issued for people in Guatemala, El Salvador, Costa Rica, Nicaragua, Panama, Honduras and Ecuador.