Two-thirds of Russians to vote for Putin 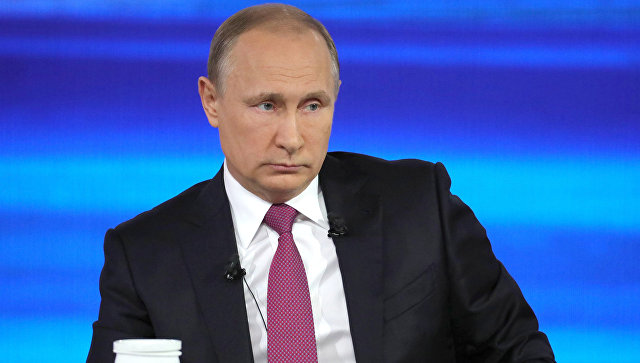 According to a survey, over 65 percent of Russians would cast their ballots in support of the incumbent President Vladimir Putin if he decided to run for another term.

Axar.az reports that over 65 percent of Russians would cast their ballots for President Vladimir Putin if he decided to run for another term and the election took place on Sunday, a new survey showed Friday.

According to a poll conducted by the Public Opinion Foundation, a research agency, 66 percent of respondents would vote for Putin if the election was held not in 2018, but on Sunday.

The survey added that 8 percent of respondents would back the leader of the Russian Liberal Democratic Party Vladimir Zhirinovsky and Communist Party head Gennady Zyuganov would rank third, with four percent of the vote.

The poll was conducted on September 2-3 among 3,000 respondents in 73 regions across Russia.

The Russian presidential election is scheduled to take place in March 2018. The Kremlin has not provided any comment yet on whether Putin would run for a fourth term.

Several other politicians have already declared their ambitions to run for the presidency. In February 2016, the Yabloko party decided to nominate Grigory Yavlinsky as the party's presidential candidate. In February 2017, Zhirinovsky said that he would most likely present his candidacy for the Russian presidential election.