'We expect a peaceful solution in Karabakh conflict' 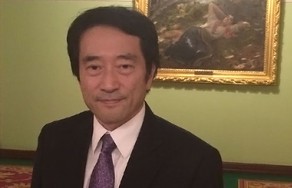 Ministry of Foreign Affairs of Japan expressed its deep concern about the deterioration of the situation on the contact line between Armenian and Azerbaijani troops.

Statement by Foreign Press Secretary Yasuhisa Kawamura says that Japan expresses its deep concern about the conflict in Nagorno-Karabakh and sends sincere condolences to the victims.

"A final resolution of the Nagorno-Karabakh conflict is essential for the peace and stability of the South Caucasus region", he added.

Y.Kawamura noted that, Japan fully supports the OSCE Minsk Group co-chairs’ effort of conflict settlement and expects peaceful resolution based on the principles of international law".