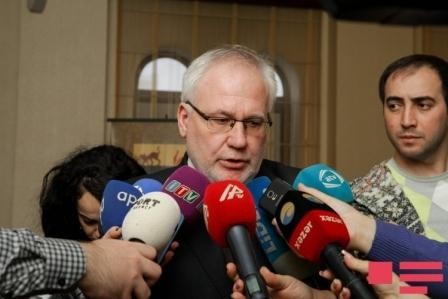 The Russian co-chair of the OSCE Minsk Group, Igor Popov, said on Wednesday that it’s too early to asses the latest escalation in the Nagorno-Karabakh conflict zone.

The co-chair recalled that they have already issued a statement regarding the situation on the contact line between Azerbaijani and Armenian troops.

The co-chair said they today discussed the recent developments along the contact line with the Azerbaijani president and defense minister.

Popov noted that at the end they will issue a statement on the outcome of the visit to the region.