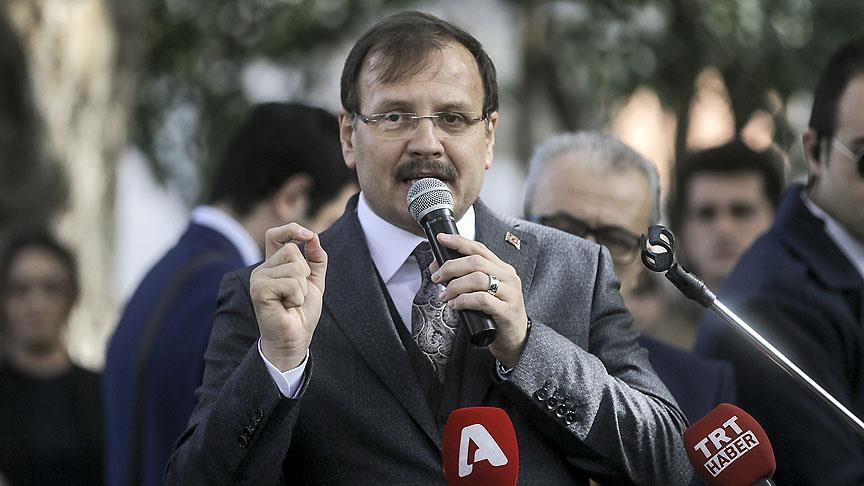 Axar.az reports citing Turkish media that Cavusoglu was visiting his birthplace of Komotini in Western Thrace region of Greece on Friday.

Cavusoglu said it was a great pride and honor for him to visit the place, where he was born and grew up. “I am living an unforgettable day today," he added.

"As Western Thrace Turkish community, as Muslim-Turkish minority, you have to be good citizens of this country as you are Greek citizens," Cavusoglu stressed.

He said Greece is passing through heavy economic crisis and hoped that it will be overcome by the steps Greece would take and by building good relations with its neighbors.

Komotini Turkish Youth Union, where Cavusoglu spoke, was previously closed by Greek authorities for having "Turkish" in its name. Greece’s Western Thrace region is home to around 145,000 Muslim Turks.

Cavusoglu was born in 1972 in Deilina, a village near the city of Komotini (Gumulcine in Turkish), where many of his relatives remain. He became one of Turkey’s deputy prime ministers in a major cabinet reshuffle in July.

He has been in Athens since Thursday ahead of a historic trip by President Recep Tayyip Erdogan.