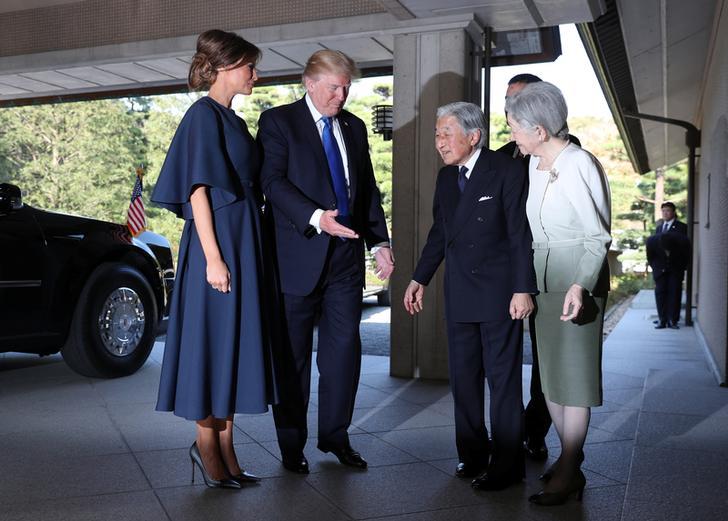 Axar.az reports citing Japan Today that Trump, who is much taller than the emperor, slightly inclined his head and shook hands with the emperor and empress, both 83.

The two couples were then led to a room where they engaged in deep conversation with the aid of interpreters, aired live on television, but without sound as is customary.

After the meeting, Trump shook hands again, and tapped the emperor's arm repeatedly with his left hand. "Thank you for the great meeting. I'm sure we will meet again, the president said.

Following his 30-minute meeting with the imperial couple at the Imperial Palace, Trump began a working lunch with Prime Minister Shinzo Abe at 12 noon.

Trump's Japan visit does not involve a banquet hosted by the emperor and empress, as he is paying an official visit, rather than a state visit which typically includes such an event.

The emperor is the symbol of the state and of the unity of the people of Japan, with no political power under the Constitution.