New ambassadors have sworn in before King Salman 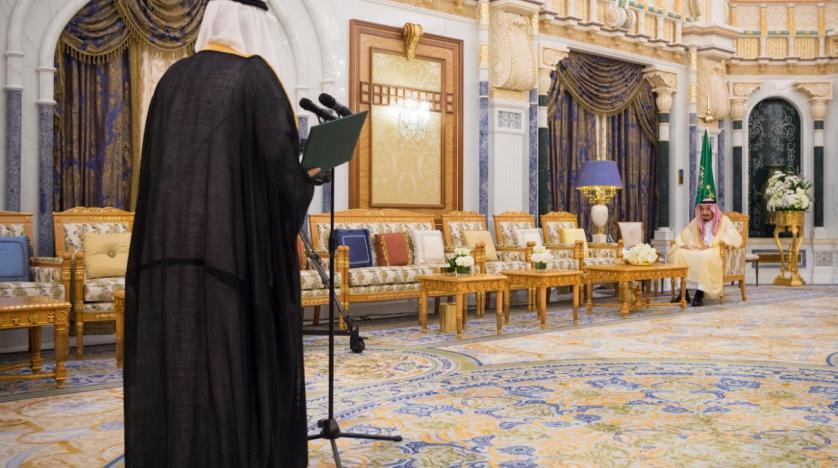 A number of Saudi ambassadors newly designated to the Organization of Islamic Cooperation (OIC), the European Union, and Republics of Iraq and Lebanon were sworn-in before the Custodian of the Two Holy Mosques King Salman at al-Yamamah Palace.

During the ceremony, the ambassadors said: "I swear by Allah Almighty to be loyal to my religion, King and country, not to divulge a secret of the State's secrets, to maintain its interests and regulations at home and abroad, and perform my work with honesty, sincerity, and integrity."

Then, Saudi Ambassador to the Russian Federation Raed bin Khalid al-Qarmali and the ambassadors greeted the King and listened to his directives.

Get a dog, not a gun - John Samuel Tieman