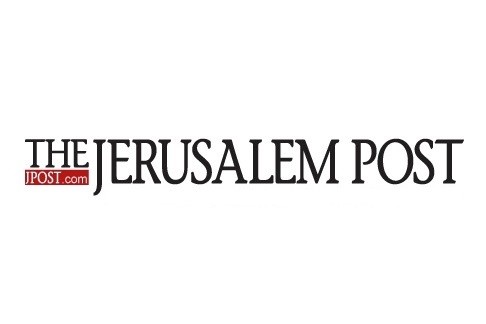 The Israeli authorities must properly assess the Armenian aggression against Azerbaijan and support the latter in the current aggravation of the Nagorno-Karabakh conflict, Israel Barouk wrote in his article published in The Jerusalem Post.

"The current crisis is part of a longstanding conflict that began in the early 1990s, when Armenia brutally invaded and ethnically cleansed Azerbaijan's Nagorno-Karabakh region and the surrounding seven districts, which together account for nearly 20 percent of sovereign Azerbaijani land," the author wrote. "The same occupation continues to this day."

The article said that the most recent escalation of hostilities by Armenia can certainly be regarded as a well-orchestrated public relations stunt.

"Embarrassed by the warm reception of Azerbaijani President Ilham Aliyev in Washington, DC, as well as US Secretary of State John Kerry's reiteration of strong US support for Azerbaijan's territorial integrity, Armenia decided to resort to armed provocations," Barouk wrote.

Barouk wrote that these hostilities are indicative of the lack of respect Armenia has for not only for the lives of its own citizens, but also those of the innocent citizens and community members caught up in the broad campaign by Armenia and its lobby to discredit and injure Azerbaijan - the longstanding secular majority-Muslim ally to the United States, the State of Israel, and a leader in the international fight against terrorism and extremism.

"The crucial partner for the West in the region, Azerbaijan faces a multi-faceted enemy, one that engages in actual and inhumane warfare on the ground while simultaneously terrorizing the media and the public," Barouk wrote.

The article said that Armenian propagandists are unique in using the rise of Islamophobia to prevent the public from understanding what is a very straightforward issue.

"By constantly presenting the conflict as "a conflict between Christian Armenians and Muslim Azerbaijanis", Armenia is inserting a deceitful narrative in order to obtain Western public sympathy for something very wrong, namely unlawful occupation and brutal ethnic cleansing," the article said.

The author wrote that this all targeting a country known for multi-faith harmony and a longstanding history of peaceful coexistence between Muslims, Jews and Christians.

"While Armenia terrorizes Azerbaijan, its proponents use the mere fact that Azerbaijan is a majority- Muslim nation, however peaceful and democratic, to prevent a fearful and otherwise uninformed public from sympathizing with the actual victims," the article said.

The author wrote that the Armenian occupation of Azerbaijan's lands is a classic case of a war motivated by radical ethno- nationalism and unlawful territorial claims; it has nothing to do with religion.

"Armenia's goal of portraying it as an inter-religious conflict is to generate fear in order to manipulate public discourse," the author wrote.

"There are occupiers and the occupied, just as we distinguish between soldier and terrorist," the author wrote. "We must demand our leadership take the only correct side in this conflict, and condemn terrorism and continue to support and applaud our allies."

"We need such friends now more than ever before," the author wrote.