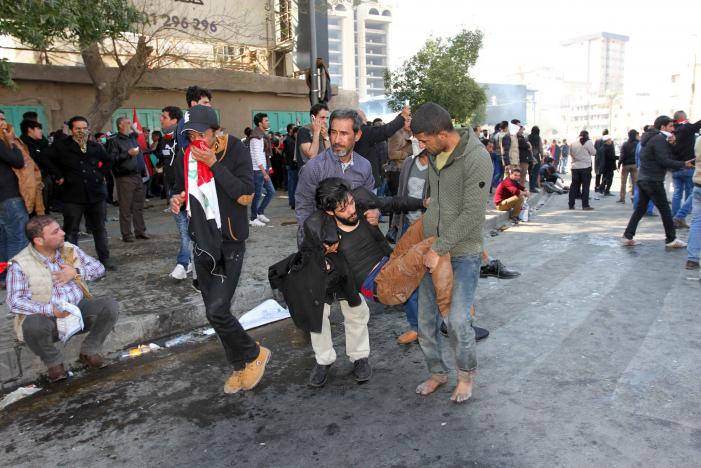 The UN mission in Afghanistan on Wednesday said it has credible evidence that civilians were killed in a U.S. air raid in northern Kunduz province last week.

Axar.az reports that UN Assistance Mission in Afghanistan (UNAMA) noted in a series of tweets that its initial findings and credible reports proved that at least 10 civilians got killed in Kunduz on Nov. 4.

“Accounts indicate victims were civilians forced by AGEs (Anti-government elements) to retrieve bodies from earlier fighting… UN interviews’ with multiple survivors, medics, elders and others give strong reason to believe civilians among victims,” it stated.

“We can confirm operations occurred in this area and numerous enemy combatants were killed, as also confirmed by Kunduz Governor Omarkhail and Ministry of Defense Spokesman Major General Dawlat Waziri,” it added.

Meanwhile, a number of local officials contacted by Anadolu Agency claimed the Taliban militants had forced the locals to collect bodies of their fighters from a site of U.S. drone strike, and when the civilians reached the spot, another strike took place killing a number of civilians.

Khosh Mohammad, a Kunduz provincial assembly member, informed Anadolu Agency that at least 14 civilians were killed in an airstrike by the U.S. troops.

The UN Mission has noted in its assessment of the situation that the UNAMA provides authoritative and impartial reports of conflict’s impact on civilians in Afghanistan.

There is an evident surge in U.S. airstrikes following the announcement of the new war strategy by President Donald Trump.

The U.S. Forces in Afghanistan carried out up to 751 airstrikes in the month of September alone, according to a U.S. Air Forces Central Command report.