Saudi Arabia seeks to colonize Yemen on behalf of US, UK 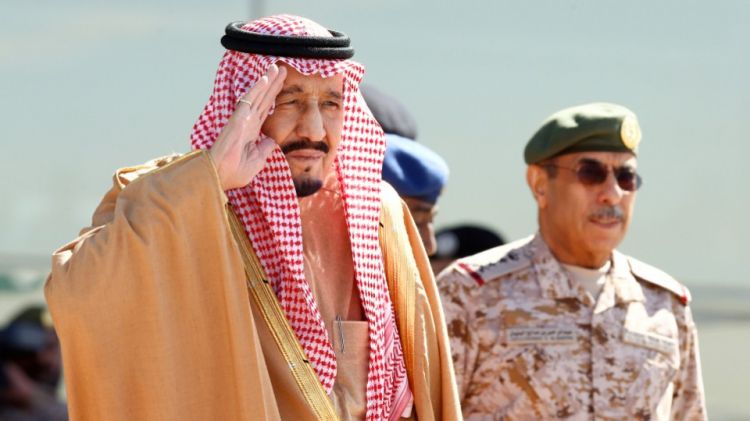 Saudi Arabia has drawn massive criticism over the past two and a half years for waging a war of attrition against its southern neighbor Yemen, and for good reason. In an attempt to crush the popular Houthi Ansarullah movement in Yemen and reinstate a staunch ally Abd Rabbuh Mansur Hadi, Saudi rulers have carried out an aerial military campaign which has to date claimed well above 12,000 lives. The actual number is believed to be much higher. Also an all-out embargo on Yemen has led to severe shortages of food and medicine, and a record cholera epidemic. And the country’s infrastructure has been reduced to rubble. Press TV has asked Kim Sharif, director of Human Rights for Yemen, as well as Jihad Mouracadeh, political commentator and Middle East expert, to share their views on the Saudi military aggression.

Axar.az reports citing Press TV that Kim Sharif believes that Saudi Arabia is seeking to “colonize” Yemen on behalf of its masters - namely the United States and Britain - which are supporting the kingdom’s “illegal” military campaign by selling it weapons.

She said there is a “holocaust” going on in Yemen, adding that the impoverished Arab nation has been turned into a “concentration camp” where people are being “systematically exterminated” by Saudi Arabia.

“There is a clear intention to commit maximum amount of genocide of civilians in Yemen because the Saudi-led coalition is now totally confident that the international community is not going to do anything about it and it has total liberty to commit as much genocide, war crimes and crime against humanity with impunity which is a very dangerous development on the international platform because that threatens everybody else’s security,” she said.

She also denounced the international community’s silence on the Saudi blockade of Yemen which has given rise to the world’s worst humanitarian crisis.

Meanwhile, Jihad Mouracadeh, the other panelist on the program, stated that the south of Yemen which is controlled by forces loyal to Hadi is not suffering the same crisis as the north which is taken by “revolutionaries.”

He also opined that “the revolutionaries” should either suffer the consequences of their actions or follow the requirements of the United Nations Resolution 2216.

In response to Mouracadeh’s comments, Sharif maintained that the situation in the south of Yemen is “horrible,” adding that the area has become a haven for terrorists who are committing “untold daily assassinations, bombings and tortures.”

The analyst also highlighted that Hadi’s term has ended, as a result of which he is welcome neither in the south nor in the north of Yemen.

Elsewhere in her remarks, Sharif touched upon the arrest of dozens of princes and former ministers by Saudi Arabia’s Anti-Corruption Committee, noting that the House of Saud is “crumbling.”

“This is a game of thrones going on right now in Riyadh,” she said, arguing that Saudi Crown Prince Mohammed bin Salman is trying to use Yemen as a card to secure his throne.