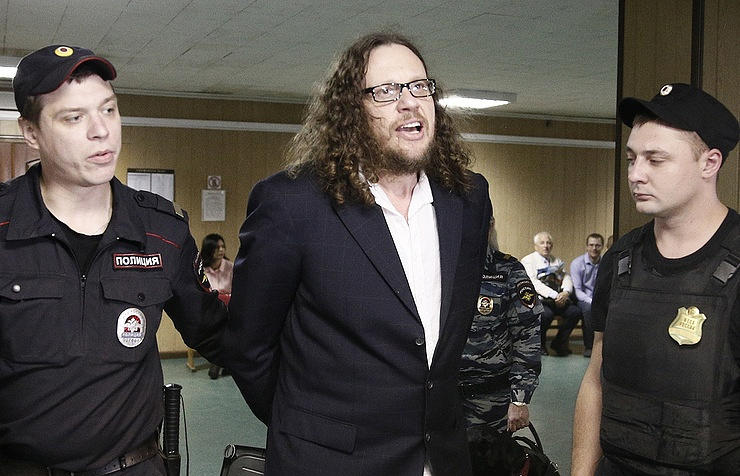 Businessman Sergey Polonsky, sentenced to five years in a penitentiary on fraud charges but relieved of serving the term as the statute of limitations has expired has declared his intention to run for Russia’s president.

"I have made up my mind and I declare it officially that I will run for the president of Russia," Polonsky told the media after a session of the Moscow city court.

Polonsky’s lawyer Roman Kotelnikov has explained that there are no legal obstacles to this.
"He is not an ex-convict, because he was relieved of punishment," he said.

On Wednesday, the Moscow City Court ruled the decision to free Polonsky in the court room was legal.
Polonsky had been charged with two instances of fraud involving the assets of co-investors into two deluxe housing construction projects in Moscow. According to the investigators, Polonsky defrauded his clients of 2.6 billion rubles ($37.7 million). In July, a court in Moscow handed him a five-year term in a normal security penitentiary and relieved him of punishment as the statute of limitations expired.

Fraud is regarded as a grave offence. According to the presidential election law, participation in the race is prohibited for anyone who has been sentenced to a prison term for committing a grave of exceptionally grave offense and whose conviction has not been expunged by the day of voting, and also for ten years following the lifting or expungement of conviction of a grave crime (for 15 years for a very grave crime).