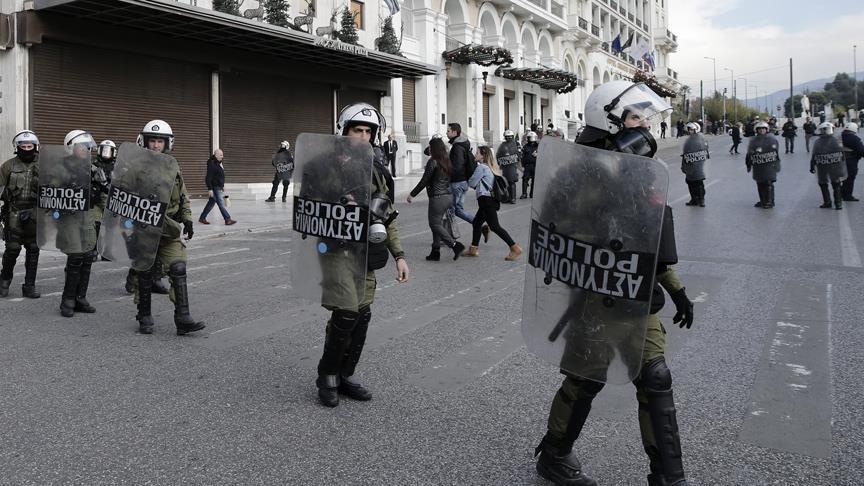 Around 3,000 protesters took to the streets of Athens Thursday to demand a hike in the minimum wage.

PAME members have demanded the signing of a new National General Collective Agreement that would restore the standard minimum monthly wage to 751 euros ($874) from the current 586 euros. They also want taxation to be abolished for any income below 20,000 euros per person and the repeal of ENFIA, a housing tax that was imposed during the recession on all property owners.

“Our salaries have been cut, and all governments since 2010 have contributed in dismantling our collective agreements,” Vangelis Kyrkos, one of the protesters, told Anadolu Agency.

“Some weeks before the 2018 budget is voted on in parliament, we are here to show them that we will not accept any more austerity measures,” he added.

The protest took place a week after the Hellenic Federation of Enterprises (SEV), an independent non-profit association for employers and enterprise organizations, said that "without part-time work and lowering the minimum wage as well as the increased flexibility to set wages within each company, unemployment would be at an even higher level."

In response to Greek Prime Minister Alexis Tsipras' recent visit to the United States and his meeting with President Donald Trump, protesters also chanted anti-NATO slogans and requested that the Greek Armed Forces not take part in "imperialistic plans and wars".

The rally was attended by the leadership of the Communist Party of Greece.

PAME has organized rallies in many major Greek cities with the same demands.