Putin arrives in Vietnam, to take part in APEC summit 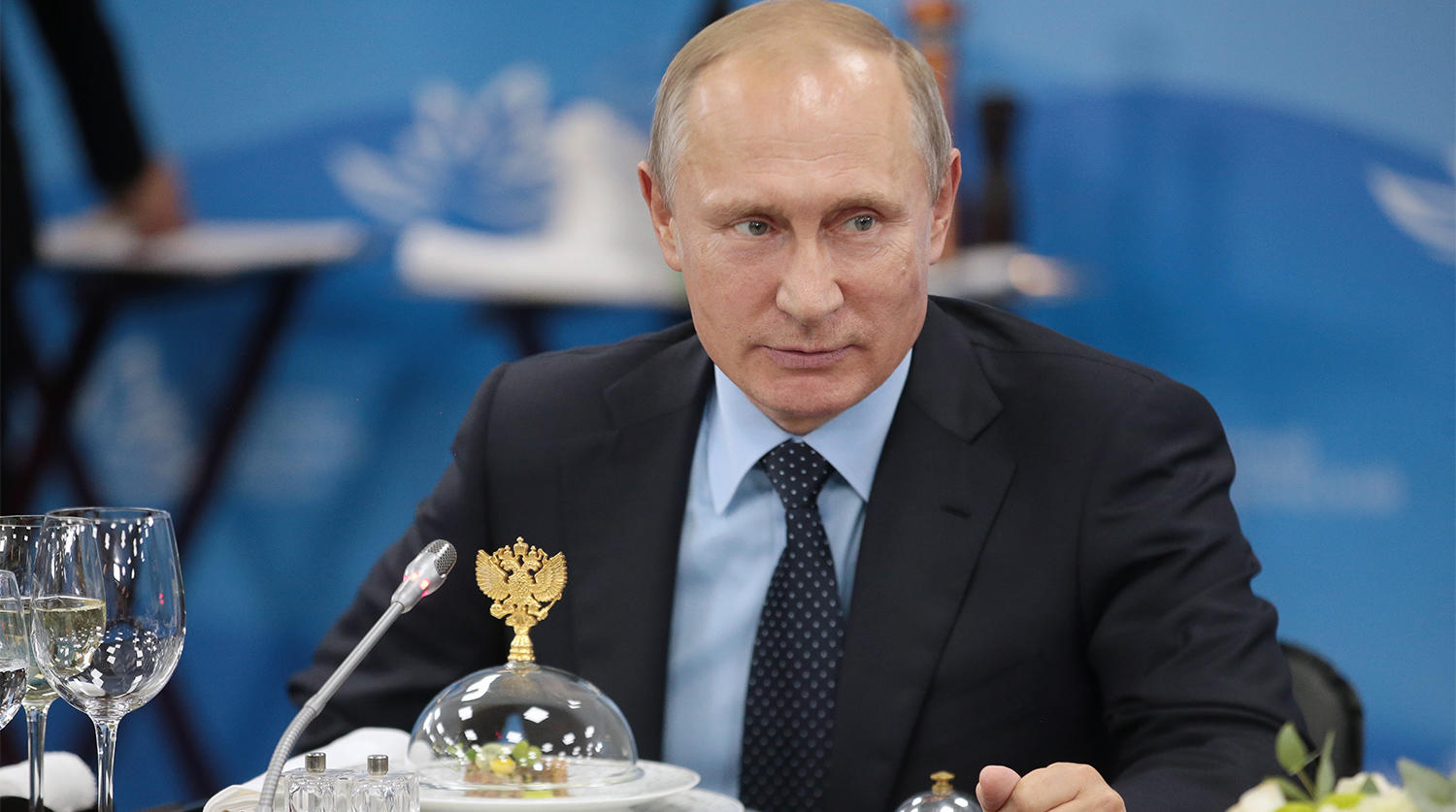 Russian President Vladimir Putin arrived in the Vietnamese city of Da Nang on Friday to take part in the summit of the Asia-Pacific Economic Cooperation (APEC) forum.

Axar.az reports citing TASS that, he is also expected to hold a number of bilateral meetings on the sidelines of the forum, including with US President Donald Trump, and with International Monetary Fund (IMF) Managing Director Christine Lagarde.

After the summit, the leaders are expected to adopt a joint declaration on the current regional and global economic situation, agree on approaches to developing cooperation and determine APEC’s tasks for the coming year.

In 2018, Papua New Gunea will assume the rotating APEC chairmanship.

Meetings on sidelines of forum

He said that Putin regularly meets with the Chinese leader, adding that this time the meeting "will be all the more interesting because Xi Jinping will meet with [US President Donald] Trump today or tomorrow, and the assessments of these negotiations will be very useful to us, of course."

The Kremlin representative reported that Putin and Abe will share opinions on the current issues of Russian-Japanese cooperation and international issues, including cooperation between the two countries in the APEC and the situation on the Korean Peninsula, during their meeting.

As for the meeting between the Russian and Vietnamese presidents, Ushakov noted, in particular, that a joint statement on cooperation and provision of international information security will be taken after it.

The Kremlin official noted that Putin and Duterte are expected to discuss bolstering cooperation in the trade and economic sphere. The leaders will also touch upon current issues on the regional agenda, including within the framework of the Philippines’ chairmanship in the Association of Southeast Asian Nations (ASEAN).

Speaking about a possible meeting of Putin and Trump, Ushakov said that the two leaders will have a chance to discuss the situation in Syria and on the Korean Peninsula and bilateral relations on the sidelines of the APEC summit.

"[The two leaders] have a lot to discuss [at this meeting], including major international issues ranging from Syria to North Korea and so on," the Kremlin official said. "There are many bilateral problems, bilateral relations have reached a low point."

According to Ushakov, Moscow and Washington have not reached an agreement on the timeframe for the two president’s meeting yet.

The meeting of APEC leaders with business circles and ASEAN (Association of Southeast Asian Nations) leaders, whose countries are not APEC members, is scheduled for November 10.

Leaders of Cambodia, Laos and Myanmar have been invited to the upcoming meeting. The sides are expected to exchange opinions on prospects of ASEAN-APEC cooperation in economy, trade, investment and security.

On November 11, the leaders will hold three formal APEC summit events - a meeting with the IMF managing director, a working breakfast, and a discussion on new driving forces in international trade and investment.

Putin is expected to invite APEC leaders to visit the 2018 FIFA World Cup in Russia.