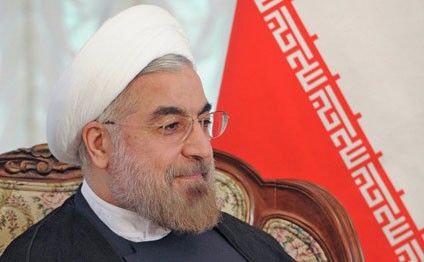 Leader of the Islamic Revolution Ayatollah Seyyed Ali Khamenei has urged Iranian officials to continue their practical and serious efforts to help alleviate the suffering of those affected by a strong earthquake in the west of the country.

In a meeting with the heads of the three branches of the Iranian government and a number of authorities on Tuesday, Ayatollah Khamenei expressed his deep sorrow over the “very bitter incident” in Kermanshah Province.

The Leader praised the presence of the Iranian officials in the areas affected by the quake and their sympathy with the people.

Ayatollah Khamenei pointed to the visit by Iranian officials, including President Hassan Rouhani, to the quake-hit areas over the past two days and their expression of sympathy with people there.
The Leader stated that he shares the sorrow of the brave people of Kermanshah and added that the loss of a loved one is hard.

Ayatollah Khamenei said such incidents lead to the presence on the scene of all the Iranian people who rushed to help the victims.

The quake measuring 7.3 on the Richter scale rattled the border region between Iran and Iraq on Sunday night, causing extensive damage and loss of life.
According to the latest figures, at least 432 people have lost their lives and over 7,817 others sustained injuries in the tremor. More than 12,000 homes have also been completely destroyed in the incident.