Riots erupt in Brussels during shooting of hip-hop video 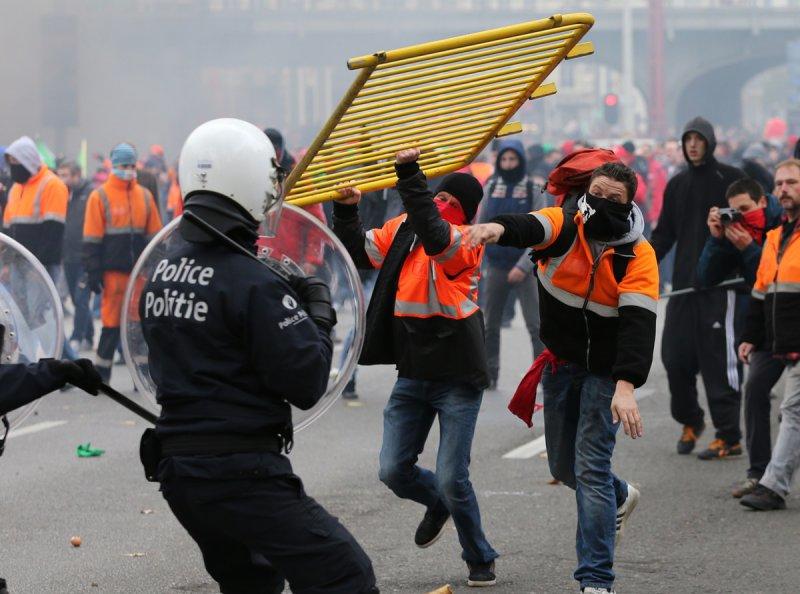 Rioters clashed with police in Brussels Wednesday after a rapper tried to illegally shoot a video, officials said, days after football fans went on the rampage in the Belgian capital.

Axar.az reports citing AFP that hundreds of youths damaged a vehicle and shut down a major metro station, while several arrests were made at the incident outside the city's main opera house, police said.

It was the city's second eruption of violence in four days following clashes that injured 22 police officers and destroyed shops and vehicles after the qualification of the Moroccan national football team for the next World Cup.

In the latest incident, several hundred fans of a rapper — called Vargasss 92, according to Belgian broadcaster RTBF — who is popular on social media turned on police when they stopped him trying to film a video, said police spokesman Olivier Slosse.

"I don't know the tenor of the conversation between our officers and the artist, but this type of event must have authorization and there was none in this case," Slosse told AFP.

Belgian Prime Minister Charles Michel said there could be "no impunity for violence against the police", according to Belga news agency.

"Again, unacceptable and incomprehensible violence in the center of Brussels. Our services are doing what is necessary to bring order. Federal police have been sent as reinforcements," Belgian Interior Minister Jan Jambon said on Twitter.

On Saturday riot police were sent out to control a crowd of about 300 people, at one point firing water canon to hold back small groups of stone-throwing revelers.

In that incident, cars were torched, shops looted and street furniture damaged.

The mayor of Brussels Philippe Close was roundly criticized in local media for remaining at a France-New Zealand rugby match in Paris at the time of weekend's rioting in the Belgian capital.