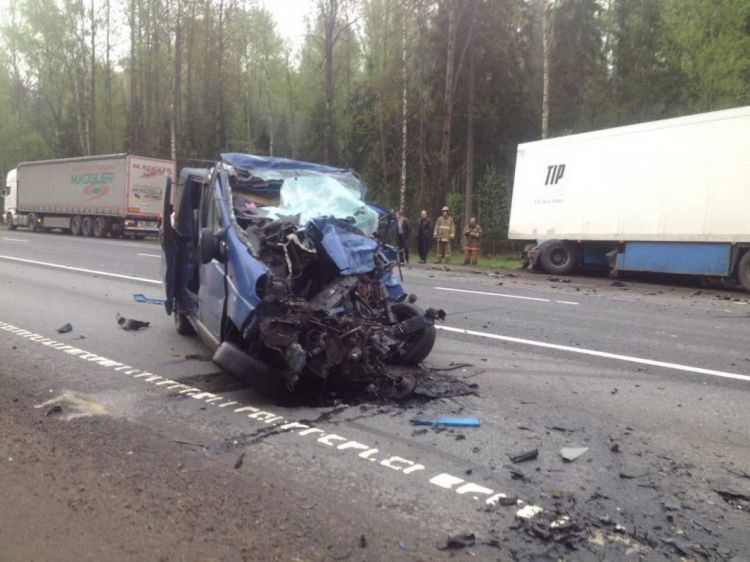 At least 12 people were killed and six more were injured on November 16 in a traffic accident involving a minibus in the western Russian republic of Mari El.

Axar.az reports citing Russian News agencies that the accident occurred on a regional motorway near the village of Vizimyary, some 70 kilometers southwest of the regional capital, Yoshkar-Ola, when a passenger minibus was rammed by a timber truck.

"Twelve people were killed in the accident. Six more, including a child, were taken to hospital," an anonymous source in the local administration said, adding that two more people were still trapped in the minibus.

Medics said the six injured people are in serious condition.