US urged to act against violence toward Rohingya 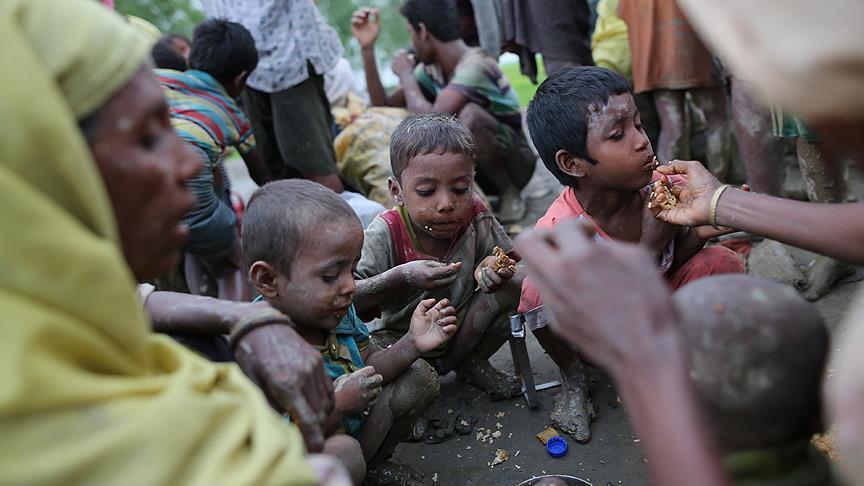 Americans should pressure the U.S. government to act against the ongoing violence toward Rohingya Muslims in Myanmar’s Rakhine state, an expert said.

Speaking at an event held at George Mason University in Virginia on Friday, Robert Marro, who runs a U.S.-based non-governmental Burma (Myanmar) Task Force, said everyone has to be informed about the injustices in Rakhine State in order to stop “genocide”.

Since Aug. 25, an estimated 620,000 Rohingya have crossed from Myanmar's western state of Rakhine into Bangladesh, according to the UN.

The refugees are fleeing a military operation in which security forces and Buddhist mobs have killed men, women and children, looted homes and torched Rohingya villages. According to Bangladeshi Foreign Minister Abul Hasan Mahmood Ali, around 3,000 Rohingya have been killed in the crackdown.

"People have started to realize the atrocities being committed against the Rohingya Muslims in Myanmar thanks to the attention brought on by the media," Marro stated, recalling that most of the Americans did not even know where Myanmar was several years ago.

"But, besides the media, we also need to take action more than marching in front of Myanmar Embassy in Washington," Marro told the audience.

He said that the U.S. Congress needs to talk about the issue, urging the administration to act against the violence.

Naeem Baig, a moderator for Religions For Peace USA, highlighted that the Rohingya people living in refugee camps are in serious need of help.

He said everyone to contribute in any way to provide relief to the refugees.

In addition, Anadolu Agency’s Washington correspondent Safvan Allahverdi, who recently visited the refugee camps in Bangladesh, also spoke and shared his experience at the event.

Allahverdi said he was “appalled” with what he witnessed during his visit to the region last month.

Describing the atrocities “beyond persecution”, Allahverdi said: "I cannot comprehend how a human can commit such evil acts."

“This is surely an ongoing genocide and I am afraid that until the authorities agree on the same page, the entire Rohingya Muslims in the Rakhine state will have the same future like what happened in Rwanda or Bosnia in the past,” he said, quoting the UN's definition of genocide.

Last October, following attacks on border posts in Rakhine's Maungdaw district, security forces launched a five-month crackdown in which, according to Rohingya groups, around 400 people were killed.

The UN documented mass gang rapes, killings -- including of infants and young children -- brutal beatings, and disappearances committed by security personnel. In a report, UN investigators said such violations may have constituted crimes against humanity.