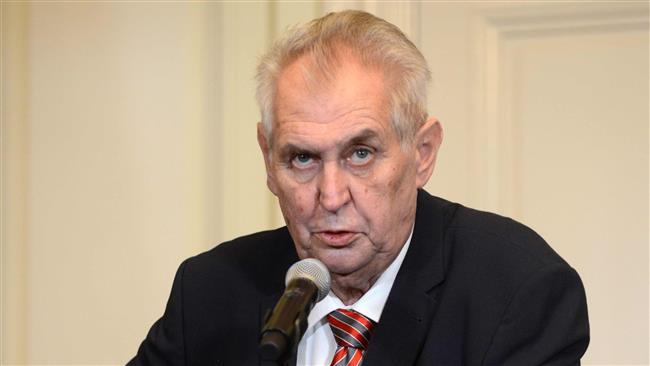 Czech President Milos Zeman on Tuesday called for an end to EU sanctions against Russia imposed over the Ukraine crisis, as well as the retaliatory measures introduced by Moscow.

Axar.az reports citing Press TV that Zeman, a pro-Russia veteran of the left in EU member the Czech Republic, made the remarks following a meeting with Russian President Vladimir Putin at the Black Sea resort of Sochi.

"Mr President, we must put an end to this!"

Relations between Brussels and Moscow nosedived after Russia's annexation of Ukraine's Crimean peninsula in 2014.

"A normalization of relations between Russia and the EU would be in the common interest" of Moscow and Prague, Putin said, thanking Zeman for "the efforts he has made towards the development of Russian-Czech relations".

Zeman, 73, faces elections in January where is favored to win a second term.