Russia can't deliver humanitarian aid because of US 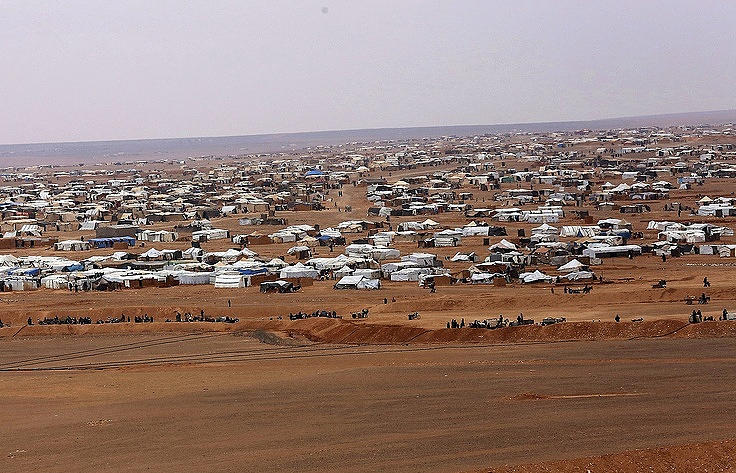 It is impossible to begin humanitarian deliveries to the Rukban refugee camp in Syria because the US side has not submitted to the United Nations documents necessary for that, chief of Russia’s center for a reconciliation of the warring parties Sergei Kuralenko said on Friday.

According to Kuralenko, humanitarian deliveries are to be conducted "in conformity with the requirements of international law." "Humanitarian aid should be delivered directly to people living in the camp to prevent its seizure by members of terrorist organizations acting in and around the refugee camp," he stressed.

The Russian center conducted another humanitarian operation in the city of Deir ez-Zor, Kuralenko said, adding that a total of 2.4 tonnes of food products were delivered to its residents. Apart from that, Russian officers reached an agreement with leaders of armed opposition groups in Eastern Ghouta on security of another UN humanitarian convoy to this area.

He also said that one more settlement - Hauz in the province of Homs - has joined the ceasefire. "More than 2,000 people have joined the peace process," he noted.

Apart from that, the center’s command met with representatives of the Monitoring Team of the United Nations ISIL (Da'esh) & Al-Qaida (both outlawed in Russia as terrorist organizations) Sanctions Committee. "Representatives of the Monitoring Team were informed about the results of the Russian center’s activities. The sides discussed the situation in the de-escalation zones, with a special focus made on activities of the terrorist organizations Islamic State and Jabhat al-Nusra (also outlawed in Russia)," Kuralenko said.