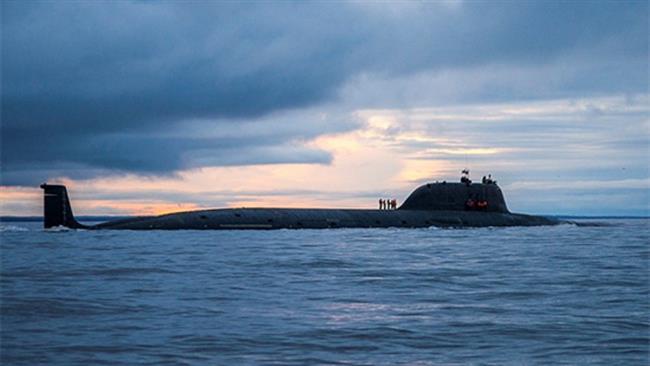 Russian oceanographic research ship Yantar is expected to reach the area of search for the distressed Argentine submarine San Juan on December 5, Enrique Balbi, a spokesman for the Argentine Navy said on Monday.

"The Yantar vessel is likely to reach the search operation zone on December 5, as Russia said," he said, adding that the ship is carrying a submersible that can reach a depth of 6,000 meters.
According to Balbi, the Argentine Robinson corvette that is to deliver one of Russian submersibles to the search area cannot sail off due to strong wind. "As soon as it is loaded, the ship will be ready to sail off if weather is favorable," he said.

He said that the other Russian submersible capable of reaching a depth of 1,000 meters will be loaded onto the Islas Malvinas vessel that is expected to get to Comodoro Rivadavia, where a Russian An-124 plane brought a team of Russian naval specialists and equipment, on Wednesday aftrenoon.
Six ships are currently staying in the search area. However, according to Balbi, the weather may worsen on Tuesday.

The Russian Defense Ministry earlier reported that upon the instruction from President Vladimir Putin, Defense Minister Army General Sergey Shoigu had ordered to dispatch a group of experts from the Navy’s 328th expedition search and rescue unit to Argentina along with the Pantera Plus unmanned submersible, as well as the Russian Navy’s Yantar oceanographic research vessel.

The group of specialists from the rescue detachment of the Russian Navy includes the crew of the Pantera Plus unmanned remote-control descent capsule, deep-water divers, and an undersea physician.