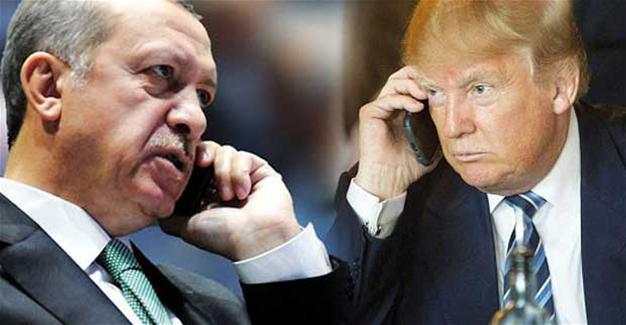 Turkish President Recep Tayyip Erdogan said on Tuesday that he would talk to the U.S. President Donald Trump again in the coming days.

Axar.az reports citing AA that, in a Justice and Development (AK) Party's group meeting, Erdogan recalled that he held a phone call with Trump on Nov. 24.

"It was a conversation during which we made a connection in Turkey-U.S. relations after a long time," said Erdogan.

"We will conduct the continuation of this conversation with Trump again, at which we have negotiated from YPG to FETO, from the cases against our country to cooperation in defense industry, in the coming days," he said, referring to a case in New York against Turkish businessman Riza Sarraf.

FETO and its U.S.-based leader Fetullah Gulen orchestrated the defeated coup of July 15, 2016, which martyred 250 people and injured nearly 2,200 others.

The PYD and its military wing YPG are Syrian branches of the PKK terrorist network, which has waged war against Turkey for more than 30 years and taken thousands of lives.

Erdogan and Trump have agreed to fight against “all kinds of terrorist groups” in a phone call on Friday and also exchanged opinions on Syria crisis and regional issues, as well as Turkey-U.S. bilateral issues.