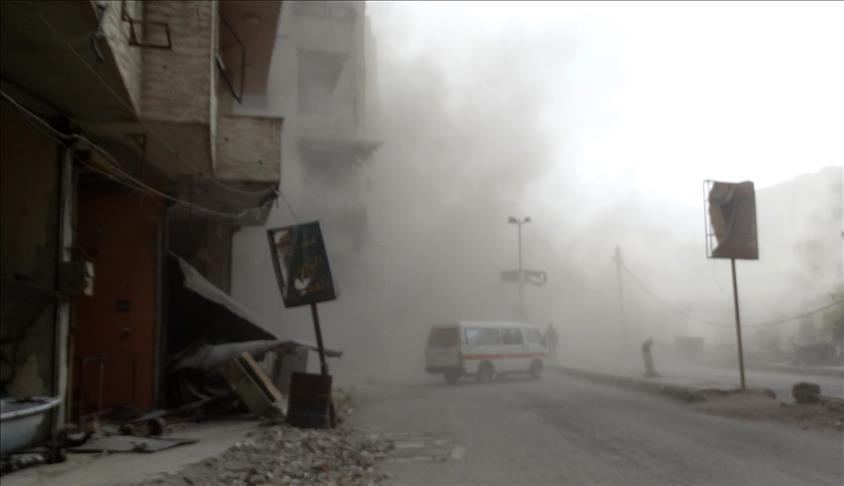 At least three civilians were killed on Tuesday when Syrian regime forces attacked residential parts of Eastern Ghouta, a Damascus suburb, according to sources based in the area.

According to the same sources, regime airstrikes in the Hammuriyah neighborhood left three civilians, including two children, dead.

The attacks came shortly before a cease-fire was announced by Staffan de Mistura, the UN’s special envoy to Syria.

On Tuesday afternoon, the Assad regime agreed to the terms of the Russian-proposed truce, which covers the Eastern Ghouta district.

Eastern Ghouta falls within a network of de-escalation zones -- endorsed by Turkey, Russia and Iran -- in which acts of aggression are expressly forbidden.

Nevertheless, regime forces have maintained their attacks on the district, leaving dozens of civilians dead or injured.

According to local civil-defense sources, at least 135 civilians have been killed by regime forces in the area in the period from Nov. 14 to 28.

Since then, hundreds of thousands of people have been killed in the fighting and more than 10 million displaced, according to the UN.