DPRK: Tested ballistic missile capable of reaching all of US 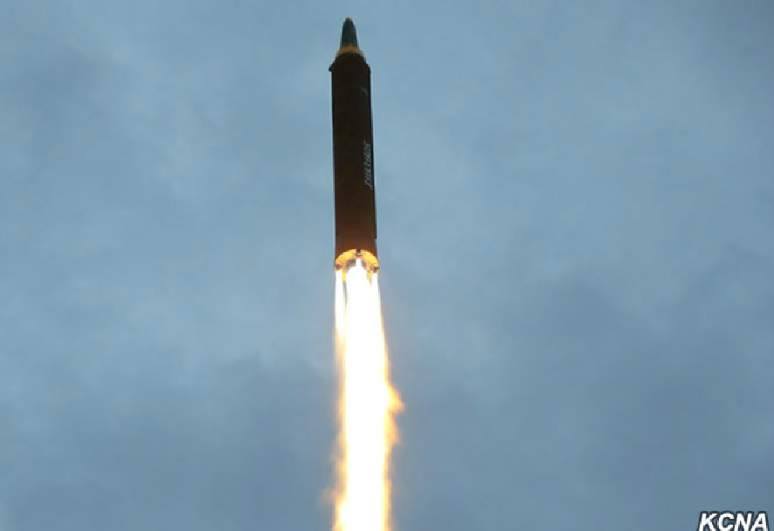 North Korea has revealed the type of the recently tested ballistic missile, noting that it is capable of reaching all parts or the United States.

Axar.az reports citing sputniknews.com that North Korea announced that the recently tested rocket that had fallen off Japanese coast was the new type of intercontinental ballistic missile Hwasong-15, according to the statement broadcasted by North Korean state television.

Pyongyang has declared the recent test successful, adding that it did not have any negative impact on the security of neighbouring countries.
Early on Wednesday, North Korea conducted a missile launch, with the initial assessment indicating that this was an intercontinental ballistic missile. The missile travelled about 620 miles east before falling into the Sea of Japan.

The test has triggered negative reaction from the international community. The United States, Japan and South Korea have immediately called for an emergency meeting at the UN Security Council to discuss the issue. NATO Secretary General Jens Stoltenberg has also condemned North Korea's latest ballistic missile test, stressing that Pyongyang's nuclear and missile programs are threat to international peace and security.

North Korea continues conducting its missile and nuclear tests in violation of United Nations Security Council resolutions, saying that it will continue to build up its nuclear arsenal "As long as the US and its puppets engage in hostile acts and invasive attempts against us," according to the official statement of the the Workers' Party of Korea. The previous Pyongyang's missile test took place on September 15, with the missile flying over Japan before falling into the northern Pacific.