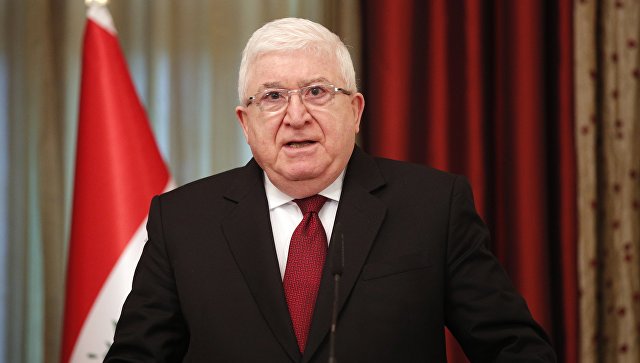 Axar.az reports citing AA that Masum made the assertion at a meeting held in Erbil, the KRG’s administrative capital, with KRG Prime Minister Nechirvan Barzani and the latter’s deputy, Qubad Talabani.

According to a subsequent statement released by the Iraqi presidency, the meeting tackled ongoing efforts to overcome the crisis in relations between Bagdad and Erbil, along with recent regional developments.

Masum stressed the two parties' keenness to resolve their differences with a view to “achieving mutual understanding and resolving disputes in line with Iraq’s national interest and constitution”, according to the statement.

The two KRG officials, for their part, stressed the regional government’s willingness to hold “serious and constructive” dialogue with Iraq’s federal government with a view to overcoming the current crisis in relations.

Ties between Baghdad and the KRG have been strained since late September, when the latter held an illegitimate referendum on regional independence.

Following the poll, federal forces moved into several parts of Iraq “disputed” between Baghdad and Erbil, including the oil-rich Kirkuk province.