Rally outside Armenian embassy in Denmark 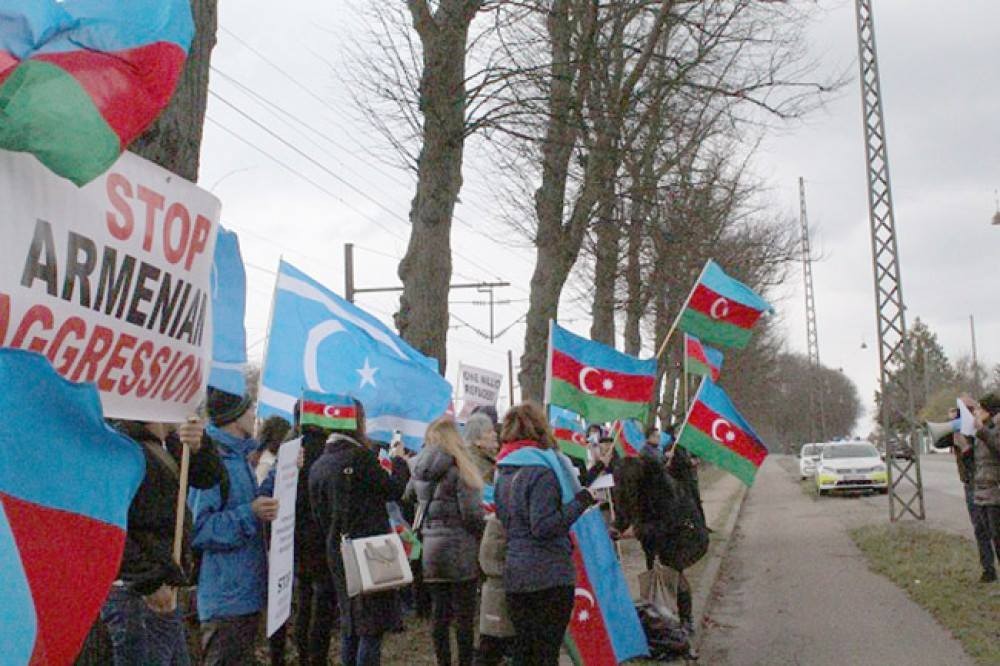 Members of the Azerbaijani community in Denmark have staged a rally outside the Armenian embassy to protest Yerevan`s provocations on the line of contact of the Armenian and Azerbaijani troops that triggered the worst clashes in decades in the Nagorno-Karabakh region.

The rally participants performed the national anthem of Azerbaijan and observed a minute of silence to pay tribute to the servicemen who were martyred in the fighting.

They protestors chanted slogans condemning the Armenian armed forces` violation of ceasefire and assaults on civilians. They urged the international community to condemn the Armenian provocations. The protesters also demanded “immediate, complete and unconditional withdrawal of all the Armenian forces from Azerbaijan's occupied territories, and the fulfillment of the resolutions of the United Nations and other international organizations”.

Representatives of the Turkish and Turkmen diasporas in Copenhagen also joined the rally.