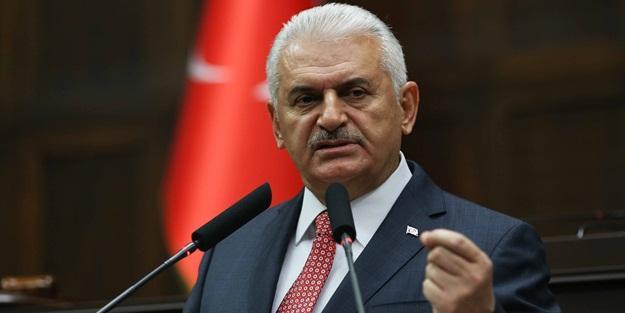 In a news conference ahead of his official visit to Bangladesh, Yildirim said the visit aims to address regional issues such as Rohingya crisis and to enhance relations between the two nations.

"Hundreds of thousands of Myanmar's Rohingya Muslims were forced to seek refuge in Bangladesh after the violence and massacres they were subjected to. I once more applaud the Bangladeshi government for not leaving them [Rohingya] alone," he said.

He asserted Turkey's determined support and solidarity to the Rohingya people and added: "We will have the opportunity to once underline again that we are ready to make all means of contributions at highest level in these difficult times Bangladesh is going through."

Yildirim also praised the long-standing relations between the two countries and stated that enhancing the "economic cooperation" is on the agenda.

As part of his official visit, he will meet his Bangladeshi counterpart Sheikh Hasina and the Bangladesh President Abdul Hamid.

The prime minister will also visit Cox's Bazar in southeastern Bangladesh -- an area hosting hundreds of thousands Rohingya refugees who fled a military crackdown in Myanmar -- after his official meetings in the capital Dhaka.

Yildirim will meet the Rohingya Muslims, who fled from Myanmar, at the camps.

He will also observe the refugees’ situation and the humanitarian aid efforts being made by international groups along with the Turkish Cooperation and Coordination Agency (TIKA), Turkish Disaster and Emergency Management Authority (AFAD), and Turkey’s Religious Affairs Directorate in the region.

Since Aug. 25, over 626,000 Rohingya have crossed from Myanmar's western state of Rakhine into Bangladesh, according to the UN.

The refugees are fleeing a military operation in which security forces and Buddhist mobs have killed men, women and children, looted homes and torched Rohingya villages.

Turkey has been at the forefront of providing aid to Rohingya refugees and President Recep Tayyip Erdogan has raised the issue at the UN.

The UN documented mass gang rapes, killings -- including of infants and young children -- brutal beatings, and disappearances committed by security personnel. In a report, UN investigators said such violations may have constituted crimes against humanity.