Protests against the Armenian aggression 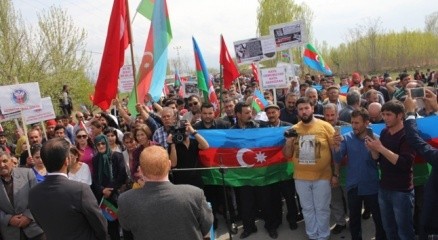 Protests against the Armenian aggression against Azerbaijan occurred in the Turkish province of Igdir located on the border with Armenia, the Turkish newspaper 'Gursesgazetesi' reported April 11.

The protests involved more than 3,000 people.

The protesters condemned Armenia's aggression against Azerbaijan and demanded its immediate withdrawal from the occupied Azerbaijani territories.