Car slams into pedestrians in Shanghai 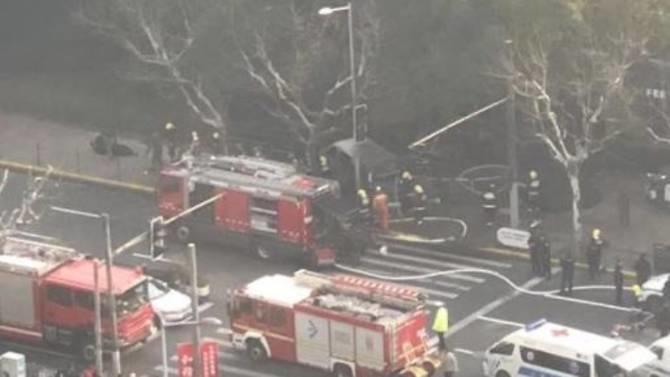 A car rammed into a crowd in a busy area of central Shanghai on Friday, injuring at least 18 people including three seriously.

A van drove into a crowd of pedestrians Friday outside a Starbucks cafe in Shanghai, Chinese media reported.

The Xinhua news agency said three people were in a serious condition after they were struck by the van at around 9 a.m. local time (1:00GMT). The vehicle reportedly burst into flames