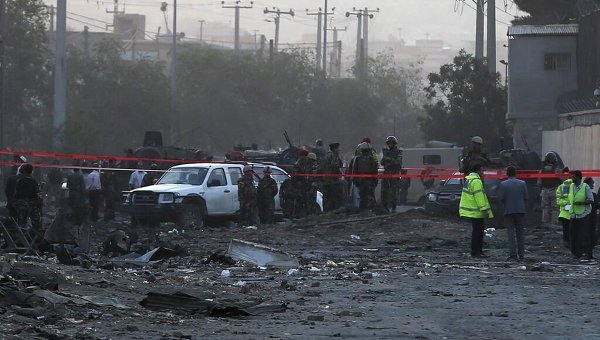 Afghan forces have discovered a hideout of the Daesh Takfiri terrorists in a poor neighborhood of Kabul, thwarting major acts of terror planned in the capital.

An intelligence official said the security forces uncovered the Daesh sanctuary in the poor western neighborhood of Qala-e-Wahid this week, adding that it was packed with explosives, weapons and suicide vests.

The official, who spoke on condition of anonymity, said the Afghan troops were led to the house by a militant who was captured during Monday's Daesh attack on the Marshal Fahim military academy in Kabul that left 11 soldiers dead.

The intelligence official noted that the Takfiri terrorists were planning to carry out three more large assaults in Kabul, without elaborating.

The occupants, the neighbors said, were three men and a woman, all of them young.

Zikarullah, 15, who lives in a mud and straw house directly opposite the Daesh hideout, said they had moved in about a month ago, noting that the woman always wore the full-face veil burqa.

Another neighbor, Samsor, 16, said the woman carried the explosives and weapons under her burqa.

"The police told us this after they arrested them and they told us they were from Nangarhar," Samsor added.

Many parts of Afghanistan remain plagued by militancy despite the presence of thousands of foreign troops.

The United States and its allies invaded Afghanistan on October 7, 2001 as part of Washington’s so-called war on terror. The offensive removed the Taliban from power, but insecurity continues to rise across Afghanistan.

Daesh, which has become notorious for its brutality worldwide, began establishing a notable presence in Afghanistan almost a year after making sweeping land grabs in Iraq and Syria in 2014.

It has mostly been populating the eastern province of Nangarhar, from where it has carried out high-profile attacks against major population centers in the Central Asian country.