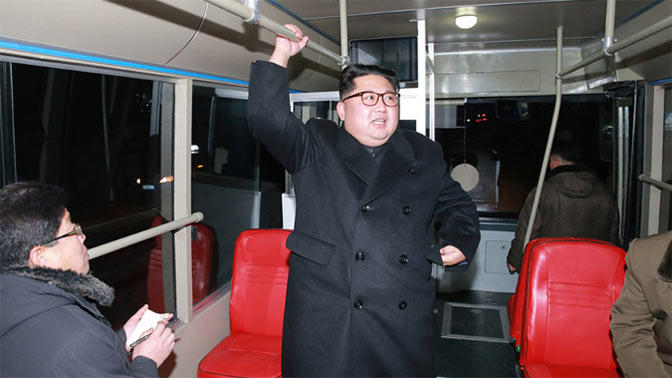 The North Korean leader took a nighttime ride in a brand-new trolleybus in Pyongyang accompanied by his wife Ri Sol-ju.

Kim reportedly enjoyed the ride and was satisfied with the new type of trolley, expressing his pride for North Korean workers. The leader was joined by two senior officials, as cited by the KCNA.

A few days prior, Kim Jong-un had visited the trolleybus factory in Pyongyang to see the workshops and noted that this eco-friendly form of transport should become their calling card.