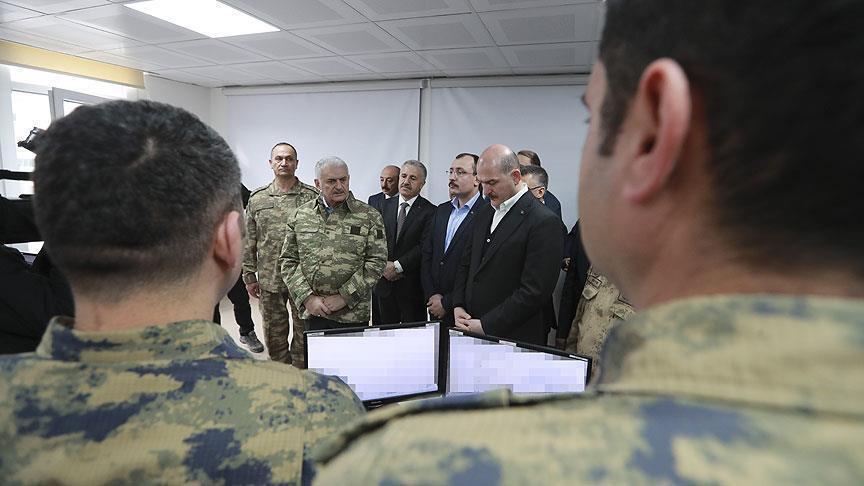 During his visit to the Second Army Command, Yildirim was accompanied by Interior Minister Suleyman Soylu, Minister of Transport, Maritime Affairs, and Communications Ahmet Arslan, and Hatay Governor Erdal Ata, said the source who asked not to be named due to restrictions on speaking to the media.

Yildirim was updated on the progress of the operation by Second Army Command Commander Lt. Gen. Ismail Metin Temel and other military commanders.

On Jan. 20, the Turkish army launched Operation Olive Branch to remove PYD/PKK and Daesh terrorists from Afrin. According to the Turkish General Staff, the operation aims to establish security and stability along Turkey’s borders and the region as well as protect Syrians from terrorist oppression and cruelty.

The operation is being carried out under the framework of Turkey's rights based on international law, UN Security Council resolutions, its self-defense rights under the UN Charter, and respect for Syria's territorial integrity.

The military has said only terror targets are being destroyed and "utmost care" is being taken to avoid harming civilians.