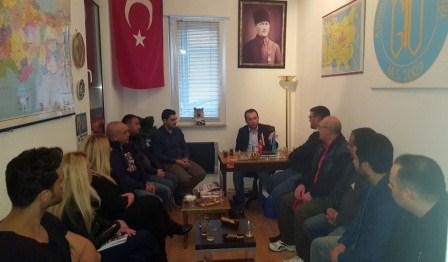 The discussions on the Armenian-Azerbaijani, Nagorno-Karabakh conflict have been held in Germany.

Executive Director of the German-Azerbaijani Culture House Rashad Guliyev highlighted the history and consequences of the Armenian-Azerbaijani, Nagorno-Karabakh conflict.

Burak Murat Gormez said they were concerned about the recent events in the line of contacts of Armenian-Azerbaijani troops.

The speakers said Armenia refused to honour the resolutions of the international organizations on the conflict.