Azerbaijan has no debts to OIC 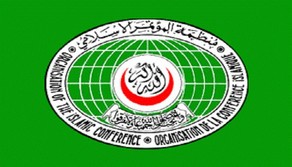 He appealed to the states, which do not pay the membership fees: 'Either cancel this donation system or apply payment system', Erdoğan stressed.

Recep Tayyip Erdoğan said that Turkey has donated 2 million US-dollars to the OIC.

Notably, the OIC has 57 members. Neighboring Iran is one of them. Turkish President didn't mention the Iran Islamic Republic among states having no debt.

Turkey will chair the OIC in the next two years.