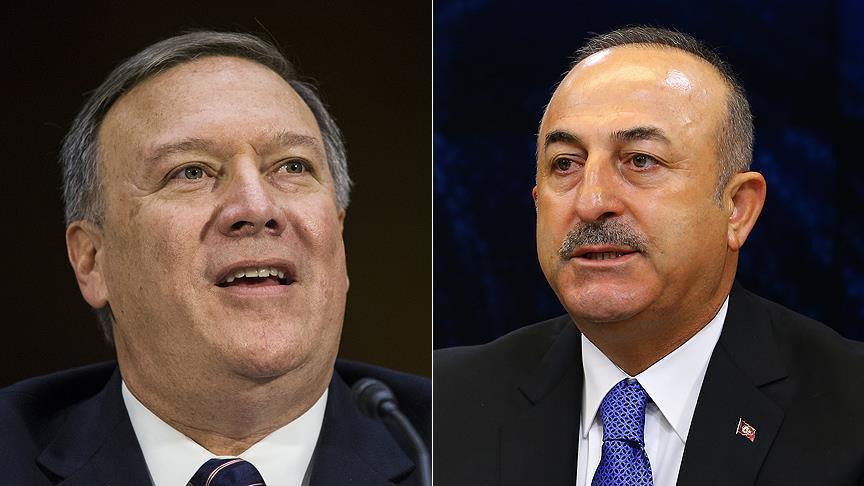 On the agenda for discussion are the roadmap in Syria's Manbij, the F-35 planes deal and cooperation against terrorism.

Cavusoglu and Pompeo held a bilateral meeting last month on the sidelines of a gathering of top diplomats of NATO allies to discuss the situation in Afghanistan, Russia, and NATO.

According to diplomatic sources, Pompeo reaffirmed the importance of the U.S.-NATO alliance and holding bilateral talks.

During former U.S. Secretary of State Rex Tillerson's visit to Turkey on Feb. 15-16, three working groups were established between the two countries to overcome issues related to Syria, the Gulenist Terror Group (FETÖ) and Iraq. Following the meeting Turkey and the U.S. agreed to resolve issues that have been undermining the bilateral ties between the two countries.

Washington's efforts to normalize ties with Ankara in northern Syria have increased since Turkey launched Operation Olive Branch with the Free Syrian Army (FSA) on Jan. 20 to clear the PKK-affiliated People's Protection Units (YPG) from Afrin. However, the U.S. has also often criticized the operation with the allegation that it distracts from the fight against Daesh in southeastern Syria.

Turkey has called on U.S. authorities to take concrete steps for ending the YPG presence in the northern Syrian town of Manbij, insisting that the Manbij city council should be run by groups in line with a ratio of representation by paying regard to past census results from the city before demographic changes in the area imposed by the YPG.